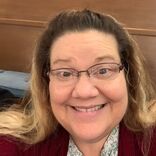 Holly Beck, a native of Miami, Florida, has been director of choral music at Horn Lake High School since 2006.  Prior to teaching at Horn Lake High, she taught music for four years at Walls Elementary, and choral music for five years at Horn Lake Middle.  During the 2013-2014 school year she took over the choral duties at both Horn Lake Middle and Horn Lake High.  During the 2014-2015 school year the co-director position was created and team teaching began.  She graduated in 1996 with a Bachelors Degree in Music Education from Lee University, Cleveland, TN and in 2008 with a Masters Degree in Music Education from the Florida State University.  During her time at FSU she had the opportunity to study at the Tallahassee campus with Dr. Judy Bowers and Dr. Kevin Fenton and at the London campus with Dr. Cliff Madsen and Dr. Andre’ Thomas.  She has served as the Mississippi District II Chair at both the middle school and high school levels and as the MHSAA choral secretary for the state of Mississippi.  She is a former member of the board of the Mississippi Chapter of the American Choral Director's Association (ACDA) as the Repertoire & Standards Chair for Womens Choirs; a position that included serving as All-State Womens Honor Choir Chair.  Holly resides in Olive Branch with her precious 'child' - Phoebe the dog. 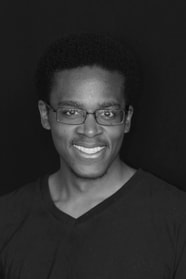 Kashaun Wortham is from Oxford, Mississippi. He attended Oxford High School and moved on to study Music Education at the University of Mississippi (Hotty Toddy!). While at Ole Miss, Mr. Wortham was a member of the University Singers, Concert Singers, Opera Theatre, and the LOU Symphony Orchestra. In 2015, he was involved in the world premiere of a new Hamlet adaptation in the Czech Republic with the Ole Miss Opera Theatre. He is also a proud member of Phi Mu Alpha Sinfonia Fraternity. He completed his student teaching at Hernando Middle School and has many wonderful friends in Desoto County. After spending his first year in Clarksdale, he returned to Desoto County to team with Ms. Beck and Mr. McDowell. Mr. Wortham plays the piano, cello, and one song on the harmonica (a must-see attraction). He is an avid wrestling fan and enjoys watching any sports that are shown on TV, especially soccer. 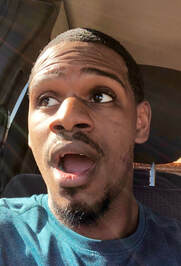 Victor McDowell is a native of Batesville, Mississippi where he graduated from South Panola High School.  After graduating high school, he began his music education journey at Northwest Mississippi Community College earning his Associate's Degree in 2017 and Delta State University earning his Bachelor's Degree in 2019.  He completed his teaching internship here at Horn Lake and was graced with the opportunity to continue teaching with the 'dynamic duo'.